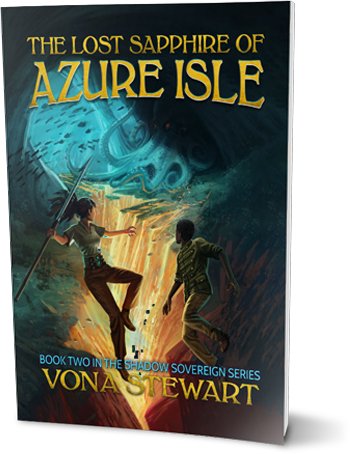 The Lost Sapphire of Azule Isle

Hayden Fremont may have survived an attack of killer tarantula fairies, commanded a squadron of lava golems, and freed a fairy queen from her mystical emerald prison, but his journey has only just begun…

Sera, Hayden’s spunky sister, is still imprisoned by someone willing to do almost anything for a bit of power, but before Hayden can rescue her, he must travel to the Azure Isle in search of a missing sapphire.

Sound simple? Not so fast.

President Altair craves Hayden’s rare fire magic and has his gas-masked soldiers hunting all of Wayfair for him, but that’s the least of Hayden’s worries. Between the zombie mermaids, sea dragons, and a fanged leviathan, the Azure Isle is not for the faint of heart. When a demon offers Hayden everything he’s ever hoped for, will Hayden remain true to his chosen path? Or will he find the lure of the impossible too tempting to resist?

Read the second installment in The Shadow Sovereign Series today!

“Spectacular engaging writing, Hayden's story becomes more compelling as he faces forgiving a friend and learning to trust again, his courage and optimism are inspiring. Facing fantastic beasts and despicable villains Hayden and Kit rise to the occasion as they continue their journey to restore Wayfair. Another great read from Vona Stewart, looking forward to continuing this series.”
⁓ Sarah S.

Book in This Series

The Shadow Sovereign Series will be a series of five books with an additional prequel.

Suitable for ages 11 and up with crossover appeal for adults.

Click the covers to learn more about each book. To see a higher resolution map of the magical world of Wayfair, click or tap here. 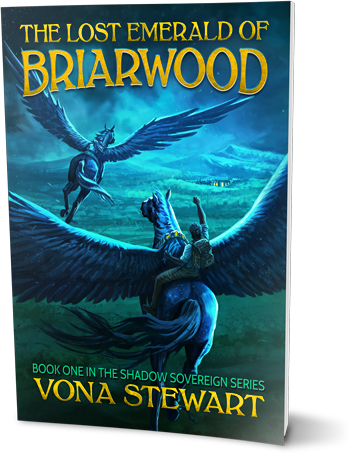